creationists are freaks, too

creationists have some silly ideas, but i never thought i’d see them all in one fucked up museum.

granted, it’s not as creative as the domokun ipod but it’s an improvement on my previous ipod cozy prototype: 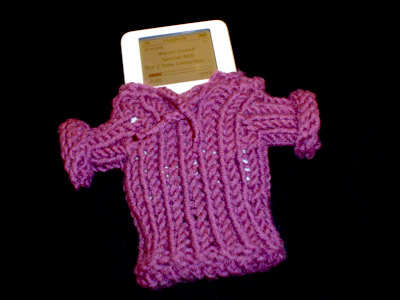 i decided to make a set of magnetic flames for my mini this weekend. $40 in materials from a craft store, some time in illustrator, and some quality time with an x-acto blade later… 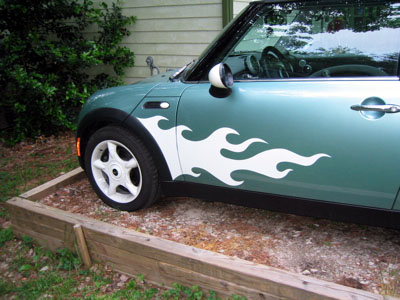 you know, the whole advantage of running the latest high availability, super-stable stable and svelte operating system on this site is somewhat negated when the UPS it’s hooked to goes tits up.

random stuff — Comments Off on scientologists are freaks
12
May 05

a phrase i honestly never thought i’d have the opportunity to utter in my lifetime:

“one ticket for the Hitchhiker’s Guide to the Galaxy, please”

what follows is my review of the movie, made from the book based on the radio plays which were later made into a TV series. you’ve heard about it by now, or else you’ve been dead. in which case, my condolences.

sorry. from this point in, i’ll try not to be funny. everyone tries to be funny, to match the wit of the late Douglas Adams, when reviewing or even discussing his work. it’s as if, when discussing Shakespeare, one must adopt olde English spellyng. i find myself falling into the same trap, though, but i’m trying hard to be as unfunny and non-Adamsesque as i can muster.

because, frankly, the movie did the same.

so, my one-word review of the Hitchhiker’s Guide to the Galaxy, the movie:
meh.

but, after seeing the movie, all i can say, equivocally and definitively is that it was a movie.

the film looked magnificent – the henson creature shop earned its keep with Marvin and the vogons, and i can see now what they’ve been up to since Farscape went off the air. in particular, the entire sequence with Slartibartfast almost, but not quite, made up for the loss of many of the earlier sequences from the book and radio series.

this review is getting longer than the one word i promised in the title, but i’ll sum up here:

i was disappointed in the movie version of a book which i loved. it’s an unavoidable fate for any such film, regardless of the book, the author, or the genre to which it belongs. my sentiments in that regard are, i’m certain, shared by many of the book’s fans.

i was, however, not as disappointed as i had hoped.

after some small strife and gnashing of teeth, the new and improved (?) mentalhygiene is now working.

i’ll continue to make more adjustments to the templates and add back some updated content from the old site – all the old posts are already here, though unfortunately i haven’t figured out how to get my old comments system imported.